Metal roofs are not just for commercial buildings. Many homeowners install metal roofs because they are longer lasting and require less maintenance than shingles. Metal roofs are expanding in design options including roofs made to look like different shingles and tiles. However, metal roofs are also expensive to purchase and install and are different from shingles in many ways. Here are some pros and cons for metal and shingled roofs.

Roofing options are not limited to metal sheets or shingles.  There are also clay tiles (something you do not see very often in New England), slate tiles, wood shakes, and concrete tiles to name a few.  These all vary in appearance and come with their own set of pros and cons which should be considered before installing on your roof. 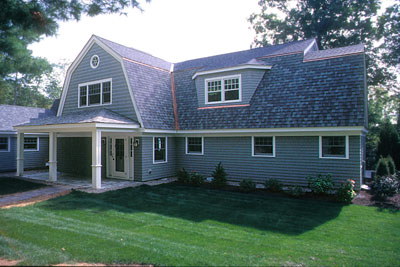 A home built by Maine Coast Construction with a Shingled Roof