Depending on the task at hand and the tools available, there are different styles of screws to choose from.

First there is the slotted vs. the Phillips head. A slotted screw head is used with a flat-head screwdriver (a.k.a slotted-tipped, straight-tipped, flat-blade, etc.) A slotted screw has one groove going straight across the head for the screwdriver’s tip to fit into. (1)

Besides the two basic grooves, there are many different shapes the screw head can take including flat, round, oval, pan, truss, fillister, and hex. The shape used depends on the project. 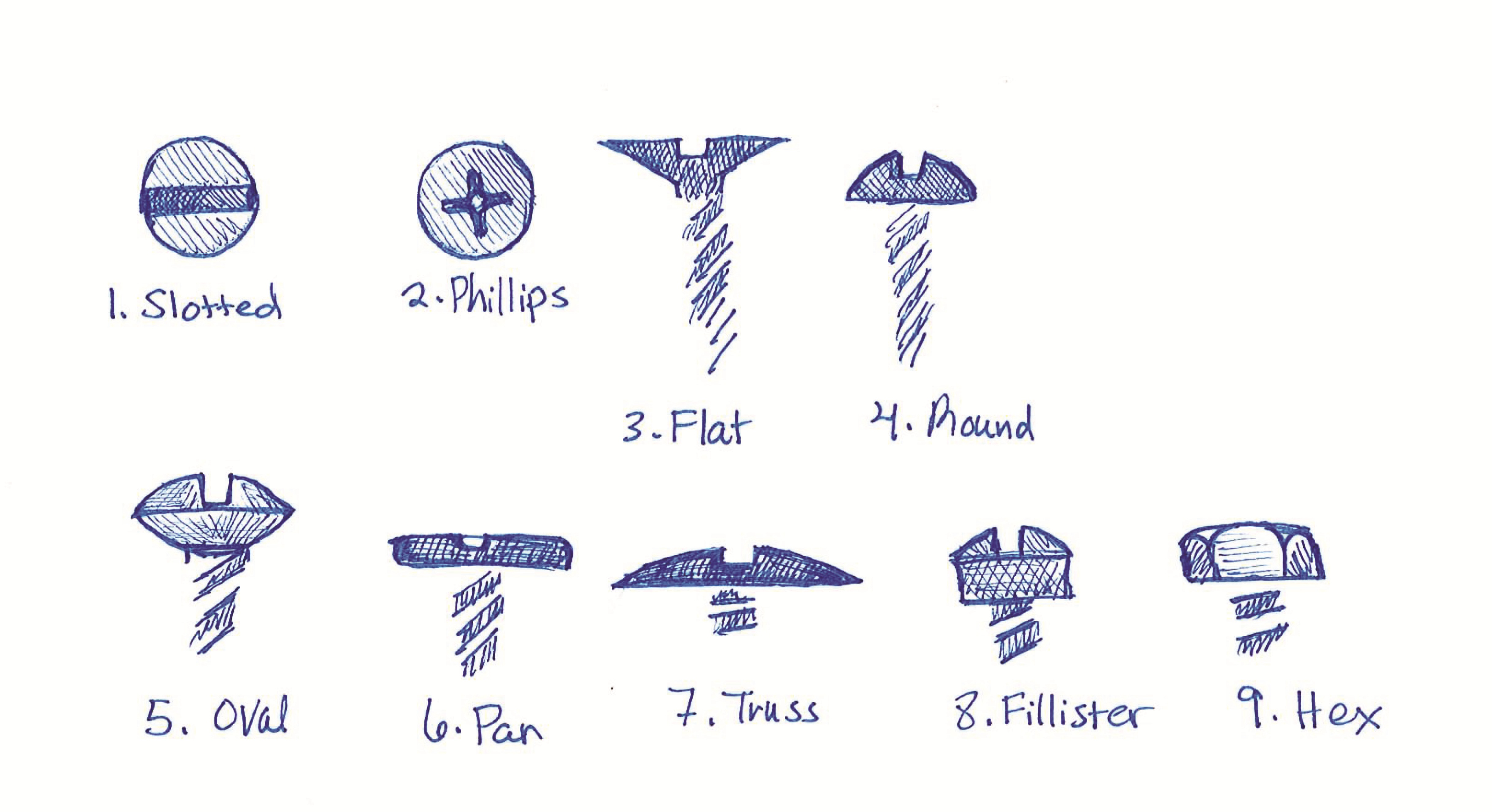